Somewhat a veteran of the Festival, Alfie has previously appeared a number of times as part of the Bakerloo School of Music.
But this his first time as a musician in his own right, following some impressive busking activity in Bristol and a performance at Wellsway school which demonstrated an enigmatic and engaging stage presence.

We think Alfie has great potential and will be a Keynsham musician to watch!

Performing with Bakerlou Music School when he was only 9 years old. 6 years later and he is loving his music more than ever; playing at school, at family, friends and local events, plus busking in Bristol and Bath.  With his voice and guitar playing getting continually stronger, he is back this year with his first solo set.

Come and support him! 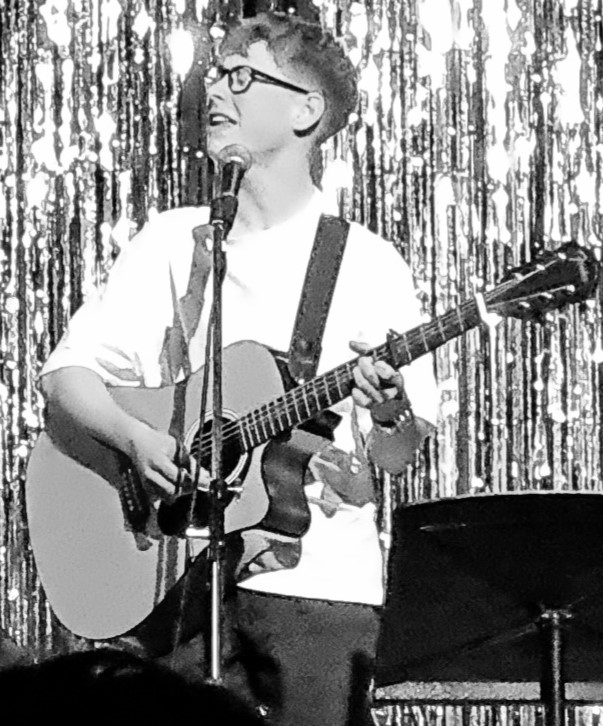