After mesmerising the audience in Temple Court last September, it is a real pleasure to be able to present Tensheds in Keynsham again:
and an extraordinary privilege for us – seeing that there aren’t many of his shows that aren’t sold out.

An inspirational musician, a voice to die for and, and a writer of talent.

“A truly unique and rare talent” proclaims Rick Wakeman upon presenting Tensheds with the House Of Lords Discretional Rock Award, at a ceremony held at the prestigious London location. This recognition of the highest order came after the release of his 3rd – and most ambitious album ‘The Dandy Pink Prince’. A gritty Alternative Blues record, recorded entirely on his near 200 year old grand piano.

Tensheds has been captivating audiences since the release of his debut studio album Crazy Beautiful back in 2010. His unmistakable unique style and rare ability to blend gritty alternative blues with soft tender ballads has won him fans far and wide as well as numerous awards, critical acclaim and even an invitation to open the Isle Of Wight Festival.

A true innovator and a relentless pusher of boundaries, the multi-instrumentalists absolute refusal to pigeonhole his music sees him constantly evolving. Producing all his records himself and forever exploring ways to bring the piano into the 21st Century, while blending his gritty punk blues with elements of his classical heritage – having trained as a classical pianist at the Royal Scottish Academy of Music 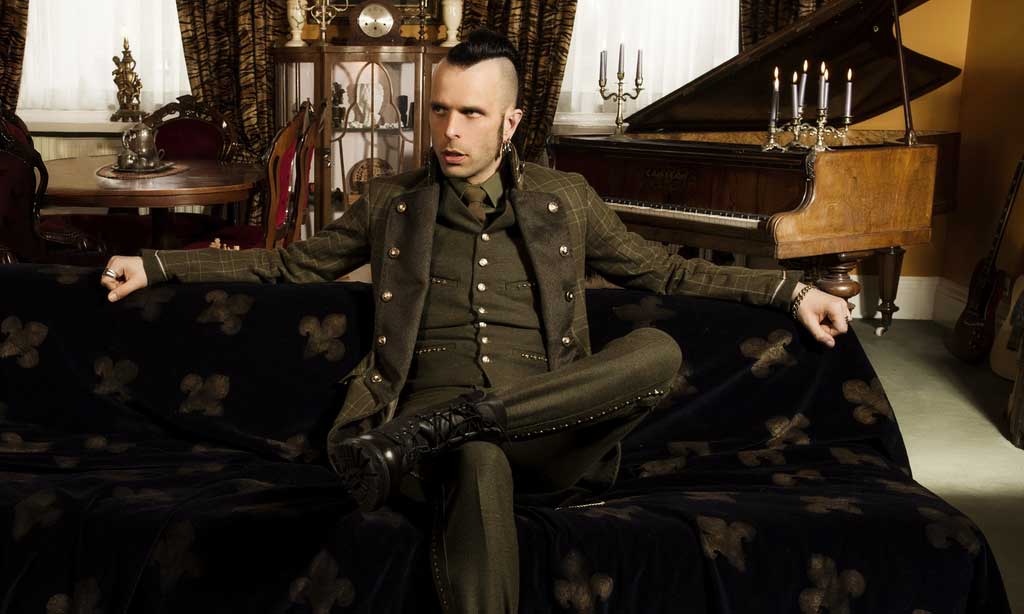